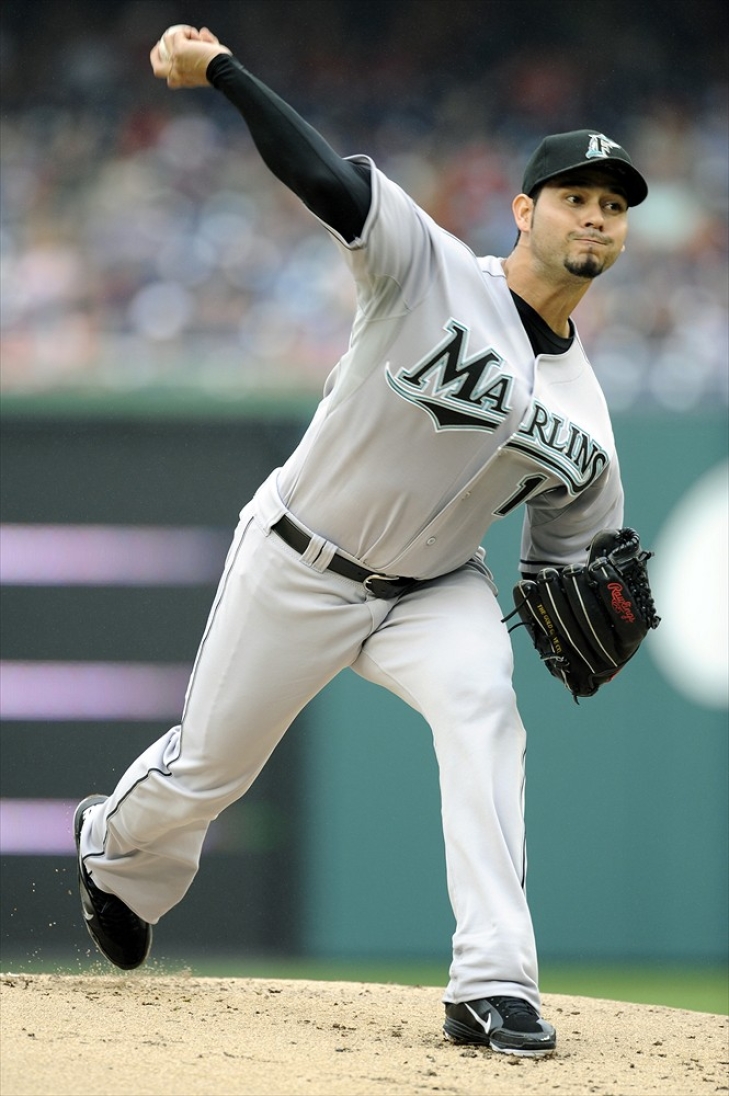 Anibal Sanchez was in the Red Sox organization when he was traded to Miami as part of the deal that sent Josh Beckett and Mike Lowell to Beantown.  Sanchez debuted in the Majors the following year, going 10-3, threw a no-hitter and had a 2.83 ERA.  It was good enough for ninth place in Rookie of the Year voting.

The Marlins were not a good baseball team while Sanchez was there, and he was traded away during his contract season (2012).  He would win an ERA Title in 2013 and a World Series Ring in 2019 with Washington with the Tigers.

Sanchez had a record of 44-45 with 676 Strikeouts with the Marlins.