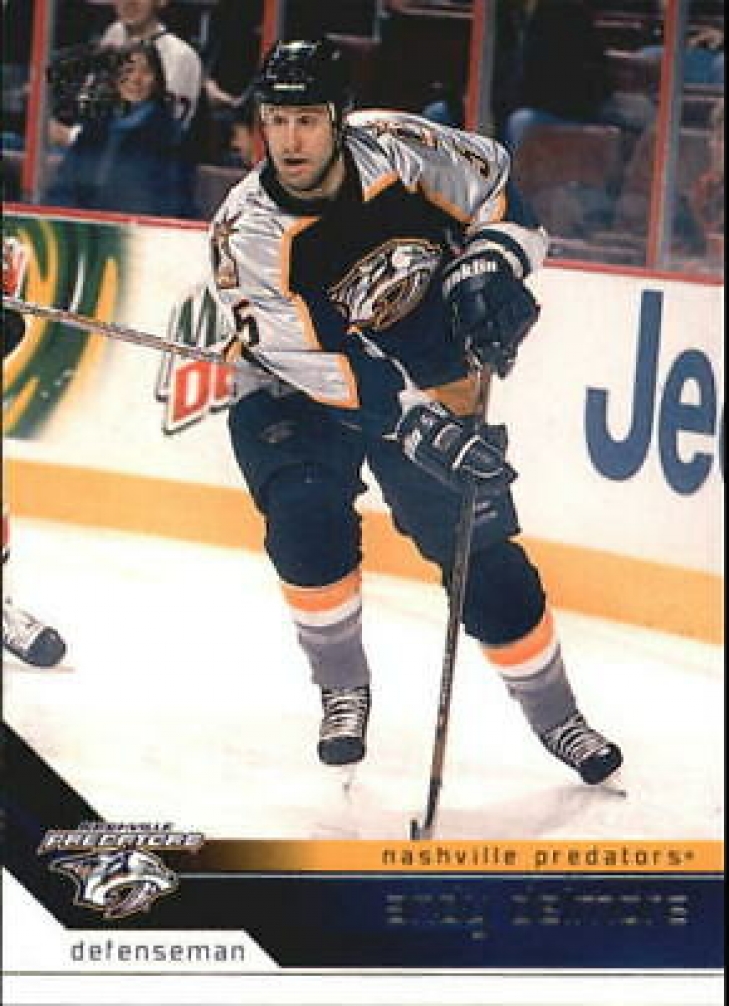 Undrafted in 1997, Andy Delmore signed with the Philadelphia Flyers and made the team, bouncing between the parent club and the minors for three years before he proved he belonged as an NHLer.  The Flyers dealt him to Nashville for a Third Round Pick, and Delmore responded with two surprising campaigns considering where he came from.

Delmore had 72 Points over the next two years, anchoring the Nashville power play and averaging half-a-point per game.  While the Predators were only a half-decade old, Delmore’s production placed him as the first-star offensive Defenseman in franchise history.  Perhaps, sensing a fluke, Delmore was traded for the same equity he arrived with, a Third Round Pick.