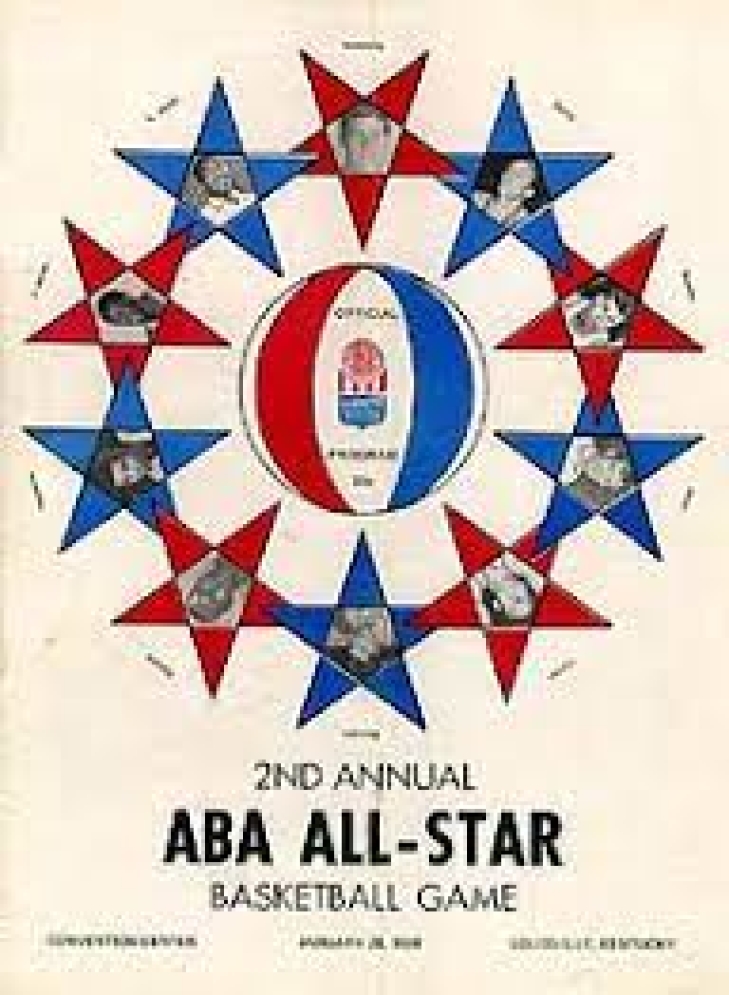 The trophy was awarded every year of the league’s existence, beginning in 1968 and concluding in 1976.

How many ABA All-Star Game MVPs made the Naismith Basketball Hall of Fame?

The following are the past players who have won the ABA All-Star Game MVP who are eligible for the Naismith Basketball Hall of Fame and have been enshrined.

Opting to turn pro after his sophomore year in college, Spencer Haywood’s only option was the ABA, as the NBA then had a rule that a player could not turn professional until his class graduated.  Haywood then played one year with Denver of the ABA, winning both the MVP and Rookie of the Year, becoming the only player to do so.  He also led the league in Minutes and Rebounds and Points per Game.  Following this season, Haywood joined the NBA with Seattle, and successfully challenged to join the league in a case that went to the Supreme Court.  Haywood later would be a four-time NBA All-Star, and won an NBA Title with the Lakers.

Daniels was one of the top players in ABA history, winning two ABA MVPs, with this year being his second win.  An All-Time ABA Selection, Daniels led Indiana to three ABA Titles.

Issel went to the All-Star Game in his first seven years; six in the ABA with the first five as a Colonel.

Gilmore was an 11-time All-Star, five of which in the ABA, which coincided with the amount of years he played there.  Gilmore was also an ABA MVP (1972), and ABA Champion with the Colonels the following year.

Taken number one by the Atlanta Hawks, David Thompson instead opted to play for Denver of the ABA, in what would be the last year of the ABA.  An All-Star this year, Thompson remained with the Nuggets when the leagues merged.  He would later go to four more All-Star Games in the NBA, three with Denver and one with Seattle.

The following are the players who have won the ABA All-Star Game MVP who are eligible for the Naismith Basketball Hall of Fame and have not been selected:

Larry Brown entered the Naismith Basketball Hall of Fame as a Coach in 2002, but in Springfield, you can enter multiple times in varying capacities.  Brown was one of the many players who benefited from the ABA to be a pro, and he made the most of it as a three-time ABA All-Star., and ABA Champion with Oakland in 1969.

Beasley was a three-time ABA All-Star in his first three seasons in the league.  He never played in the ABA, also playing for Utah.

Jabali won the Rookie of the Year and ABA Championship for Oakland in 1969, and this season was his third of four ABA All-Star Games.  Jabali never played in the NBA, and also competed for Washington, Indiana, Florida and San Diego.

Lewis was traded from Memphis after six Games this year, and was an overall three-time ABA All-Star, with this season being his last.  He previously won three ABA Titles with Indiana.

The following are the players who have won the ABA Rookie of the Year who have retired but have not met the mandatory years out of the game to qualify for the Naismith Basketball Hall of Fame:

The following are the past players who have won the ABA Rookie of the Year are eligible for the Naismith Basketball Hall of Fame and are still active.

Nothing will change in this going forward as none of the ABA All-Star Game MVP who have not been inducted feel like they have Hall of Fame potential.  As this is now a defunct category, this feels like more than a footnote going forward.

We return to Baseball with the Major League Player of the Year from The Sporting News.