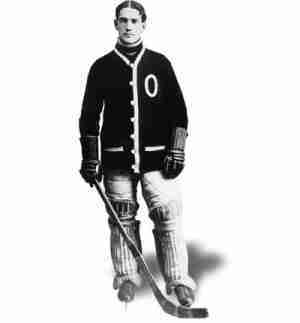 Initially a Right Winger, Percy LeSueur achieved his greatest success in organized hockey as a Goaltender. LaSueur was not just a student of the net, but a teacher as well. He wrote a manual on the position while in his prime and led Ottawa to two Stanley Cups. While playing, he created the gauntlet style glove and the style of net used in hockey from 1912 to 1925. “Peerless” Percy may not have been the best Goalie of his time, but his innovations aided the game and for his overall contributions to goaltending makes his induction to the Hockey Hall of Fame was warranted.
Subscribe to this RSS feed