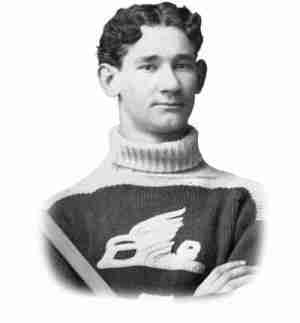 One of the first players to turn professional, Oliver Seibert was a local legend in the Berlin (Kitchener) area. He was alleged to be one of the first players to use a wrist shot, and he was a prolific goal scorer in the old Western Ontario Hockey Association. Seibert turned professional in 1904 when he joined the Canadian Soo.   His son, Earl Seibert would also become a member of the Hockey Hall of Fame.
Subscribe to this RSS feed