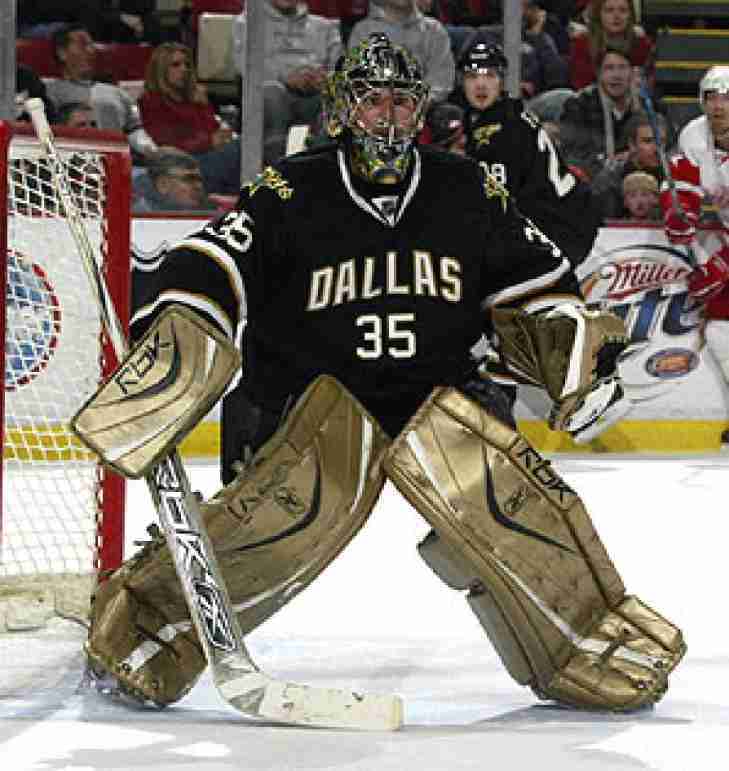 An excellent stickhandling Goalie, Marty Turco played nine seasons with Dallas after being an elite NCAA player with the Michigan Wolverines.  Turco would have a 262-154-63 record with Dallas and never had a losing season and would also twice lead the NHL in Goals Against Average in Save Percentage, the second of which was good enough to earn him a Second Team All Star slot and a runner-up for the Vezina. 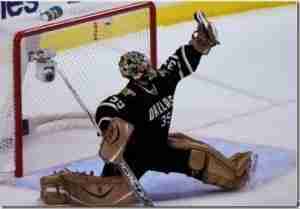 Marty Turco played for the University of Michigan where he would help the Wolverines win the Frozen Four twice.  He would slowly work his way up the Dallas Stars system and in his rookie season he played 26 Games and was the leader in Goals Against Average and Save Percentage but he was still the team’s backup until his third season when Ed Belfour signed with the Toronto Maple Leafs.  In his first full year as the Stars’ starter he would again finish first in GAA and Save Percentage while finishing as the runner-up for the Vezina and earning a Second Team All-Star selection.  He would finish fourth and fifth in Vezina Trophy balloting the next two seasons and was a three time All Star over his career, which was predominantly spent in Dallas.
Subscribe to this RSS feed