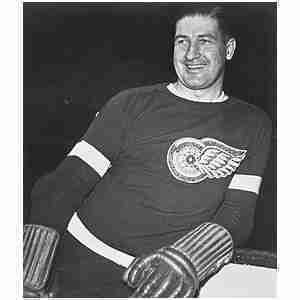 A consistent points producer, Marty Barry was one of the more durable players of his era. Barry only missed two games in a ten year span and often found himself in the top ten in scoring. Barry found himself in Motown and was a big part of consecutive Detroit Red Wings Stanley Cup championship in 1936 and 1937.