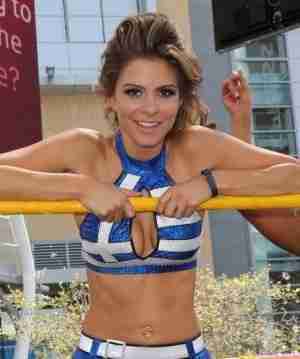 During the year where the WWE had their idiotic “Guest Host” idea for Monday Night Raw, it was evident which celebrities were fans of the product and which ones had no idea what WWE stood for. Very quickly, when Maria Menounos hosted the show, it was clear that the entertainment correspondent was more than just a fan. That night she wrestled in a six woman tag team match, and held her own. She did so well, she was worked into a Wrestlemania program in a tag team match, and she was the inductee for Bob Backlund at his Hall of Fame induction. When the WWE calls, she is there, and frankly the WWE fan base should appreciate her more than they do.