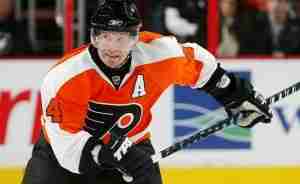 One of the more successful Finnish players in professional hockey history, Kimmo Timonen is one of the few players in the National Hockey League to accrue over 1,100 Games.  A Stay-at-home blueliner, Timonen represented Finland Internationally multiple times which resulted in four Olympic medals.  Timonen is also a Stanley Cup Champion, which occurred in his final pro game with the Chicago Blackhawks in 2015.  Not a bad way to finish a professional hockey career.