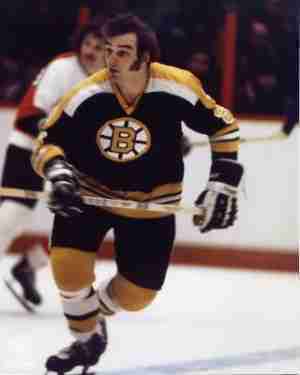 Although Ken Hodge got off to a slow start in the NHL, a trade to the Boston Bruins saw him reach new heights on a line with the legendary Phil Esposito. Hodge was able to show off his offensive abilities and he was a great compliment to the other Bruins who were known for their bruising nature. As Hodge was oversized (for that era), he was seldom known for having to rough it up. Although Hodge scored 800 points in his career, he was criticized for selfishness and poor defensive play. Those determents may very well be the yoke that is keeping Ken Hodge from Hall consideration.