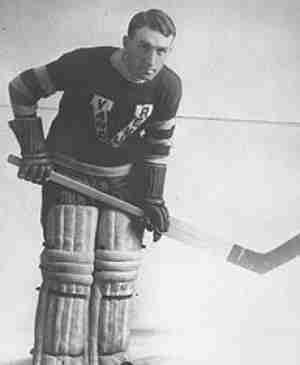 A longtime goaltender in Vancouver’s early history of hockey, Hughie “Old Eagle Eyes” Lehman appeared in eight Stanley Cup championships, although he only won once. Regardless of his poor finals record, Hughie Lehman was a still a very good backstopper who is credited for being the first to rush outside of his net and move the puck forward in what was then an unconventional way. Lehman did make it to the NHL in his early forties and had a productive season for Chicago.