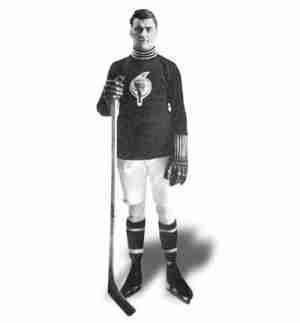 A large and rugged defenseman, George McNamara bounced around many teams pounding down offensive threats in his end. McNamara helped the Toronto Blueshirts win the Stanley Cup in 1914 and had it not been for his participation in World War I, may have won more. With that said, and with all due respect to McNamara, his induction would not have been missed had it not occurred.