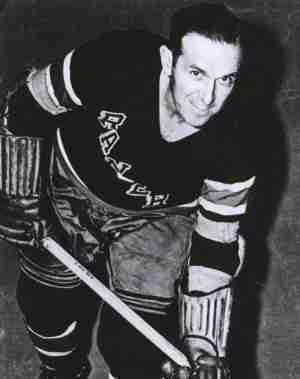 Landing with the New York Rangers after the demise of the PCHL may have been the best thing to happen to Frank Boucher. He immediately centered the Cook brothers (Bill & Bun) to form the “Bread Line” which was one of the most productive of the era. In addition to being a gifted playmaker (he led the NHL in assists three times) Boucher was a class act who won the Lady Byng Trophy seven times on his stint on Broadway. His trophy case also had three First Team NHL All Star selections and two Stanley Cups with New York. It had to be easy to induct Boucher so that he could again join his linemate, Bill Cook who was inducted six years previously.