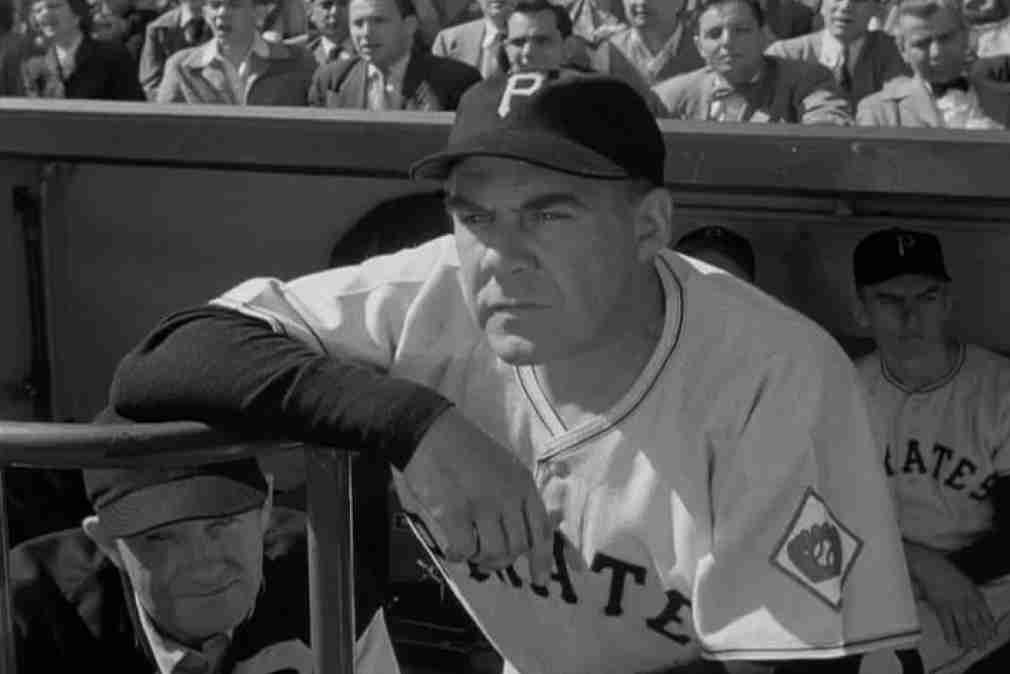 In the original (and vastly superior) Angels in the Outfield, the Pittsburgh Pirates were mired in the midst of a major slump, and foul mouthed Manager, Guffy McGovern gets help through the help of well, as the title would expect angels. As opposed to the remake, this film focuses more on the redemption of the Manager, and without going into too many plot details, the movie is solid, and more fun than many of the biopic films that were normally made about Baseball at the time. Baseball, at its core has always been a magical sport, and this is one of those films that remind us of that.

The Fictitious Athlete Hall of Fame is pleased to welcome Guffy McGovern into the Class of 2017.


The Bullet Points:
Movie Appeared:
Angels in the Outfield (1951)