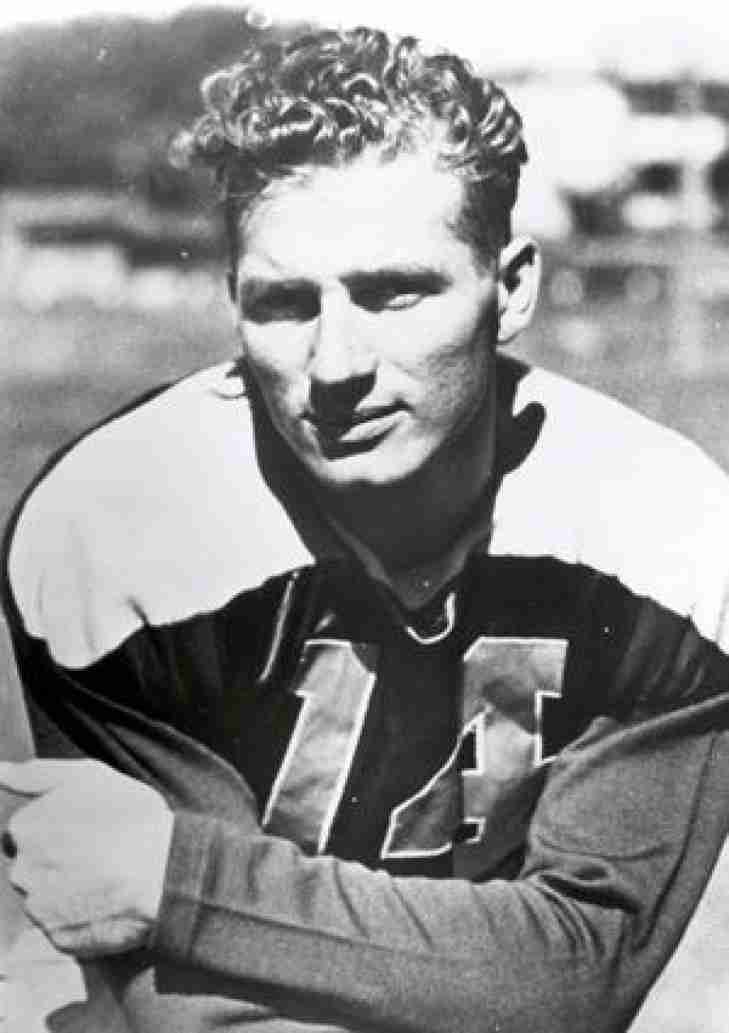 Inducted into the Pro Football Hall of Fame in 1963, Don Hutson was a three NFL Champion who was a member of both the NFL 50th and 75th Anniversary Team.  Hutson, who was also a two time National Football League MVP also is thought of as the first true Wide Receiver in the game of Football.  As was expected in the era in which he played, Hutson was also involved in defense and special teams, and he was quite competent as their Place Kicker.