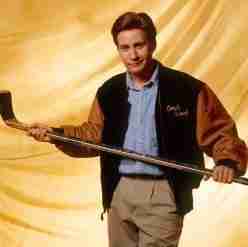 There are mysteries to the success of Emilio Estevez:

How did he continue to have success in the 1980’s despite being not exactly a master thespian?


Was he really the best 20 something actor to be cast as Billy the Kid in Young Guns?

How did he get an in her prime (pre crazy) Paula Abdul?

His last real success as an actor was as Gordon Bombay, a lawyer turned hockey coach who found the joys of hockey again through a bunch of misfit kids.  Bombay would turn the fortunes of the youth team around, christen them “The Ducks”, and the rest as they say is movie history.

The Fictitious Athlete Hall of Fame is happy to welcome Gordon Bombay to the 2016 Class.

More in this category: « Chubbs Peterson