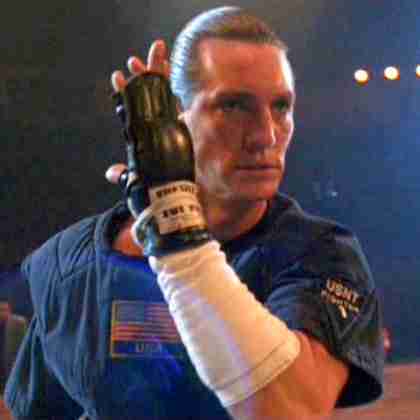 Honestly, this entry is only here to throw a bone to Eric Roberts, who for a few years was a promising young actor; that was until “Pretty Woman” came out, and he became Julia Roberts’ older, less talented brother. Sometimes, we just like to be nice, though we are not sure how is supporting role in a Tae Kwon Do movie will get him; though maybe it did help him get on Celebrity Rehab.

Why you should vote for him:
Pity. Actually, he won his fight over his Korean opponent while competing with an injured shoulder. Is that worth something maybe?

Why you should not vote for him:
For a film that spawned a couple of sequels, not a lot of people remember it, and Roberts was not even the focal point.