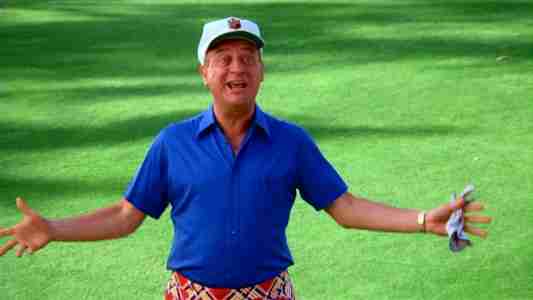 The role that made Rodney Dangerfield, Al Czervik was the everyman who just happened to be rich. You wanted to party with him, drink beer with him and listen to Journey on his boom box emanating from his golf bag.


We laughed at all his crude jokes, cheered for him to beat the pompous Judge and forever were we all fans of Rodney Dangerfield. Uncouth has never been funnier. With that said let us all scream “Hey everybody, we’re all gonna get laid!”   You know you want to.

Why you should vote for him:
There are not many funnier sports roles than this one.

Why you should not vote for him:
In the game against Judge Smails, he faked an injury because…well, he stank.

0 #1 Raice Bannon 2019-09-09 21:48
Great all around athlete and even better platform diver
Quote
Refresh comments list
RSS feed for comments to this post