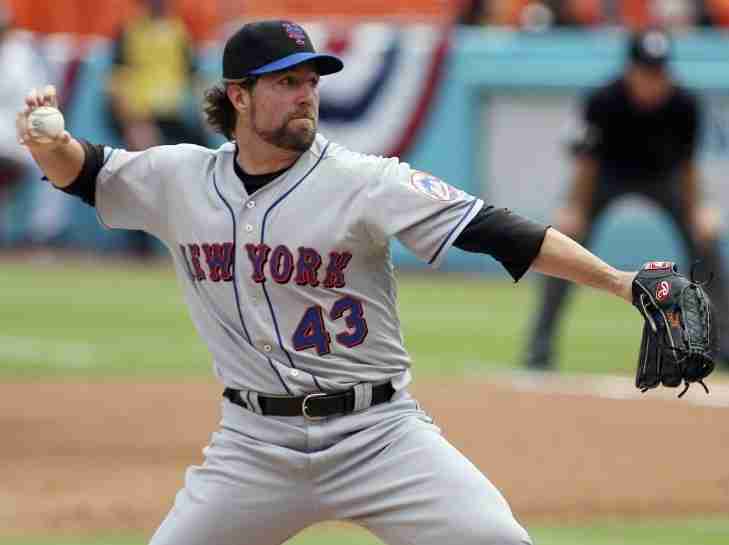 R.A. Dickey arrived to the New York Mets in his mid-30’s and for the first time in his career would become a permanent starter.  It was the correct decision as Dickey proved to be a decent Starting Pitcher but his third season with New York was magical and is considered one of the best seasons ever by a knuckleballer.  Dickey won the Cy Young going 20 and 6 and led the National League in Strikeouts.  That season was so good that it propelled him to a higher spot than you would initially have someone who was only with the Mets for three seasons. 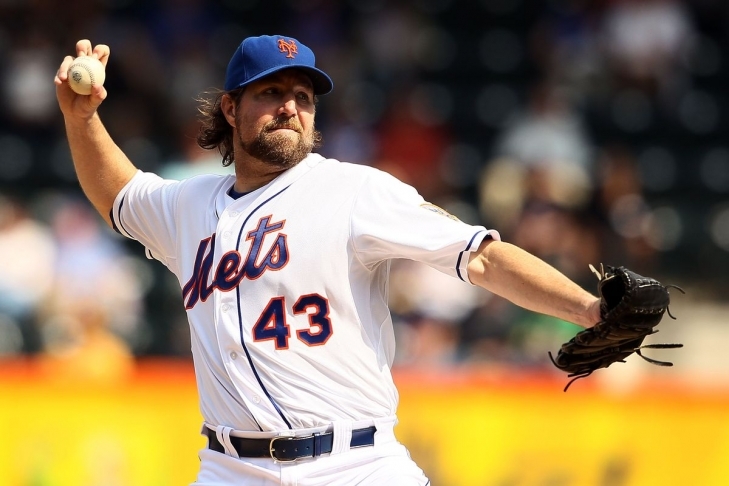 One of the more unique careers in baseball is that of R.A. Dickey, a journeyman and conventional Pitcher who did not make a fulltime Major League roster until he was 28.  That team was the Texas Rangers, where his new pitch, the knuckleball which found him a place in baseball.  He still bounced around going to Seattle, Minnesota and to the New York Mets and h had a good 2010 going 11 and 9 with an ERA under 3.  He had another average season and in 2012 at the age of 37 he would become arguably the biggest surprise winner of the Cy Young when he won 20 Games and was the National League leader in Innings Pitched (233.2) and Strikeouts (230). 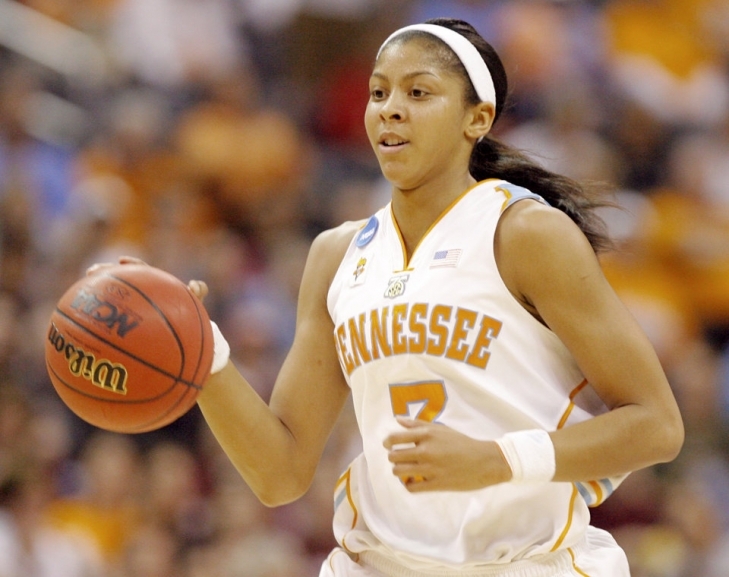 The University of Tennessee has announced their six-person Athletic Hall of Fame Class of 2019:

Under Dickey’s tutelage, the football program really took shape and he would take them to two SEC Championships while going 104-58-6.  As the Athletic Director, the University would 10 National Championships and 38 SEC Titles.

Named the Baseball America Freshman of the Year and would win 38 Games for the Volunteers, a school record and would lead Tennessee win the 1995 College World Series.  Dickey would go on to have a successful career in the Majors, highlighted by winning the National League Cy Young Award in 2012.

Magnuson was the 2008 NCAA Champion in the 100-Yard Butterfly and was also the SEC Swimmer of the Year. She was a 23-time All-American.

Holding a variety of different positions over his 50-year career serving under eight different Assistant Directors.

Parker was an absolute superstar leading the Lady Vols to the NCAA Championship in both 2007 and 2008.  She would also win the Naismith College Player of the Year in 2008 and the John R. Wooden Award in 2007 and 2008.  She would score 2,137 Points and made history as the first woman to dunk in an NCAA Tournament Game.  Parker would later become the number one draft pick in the WNBA and is a two-time league MVP.  She is also a two-time Olympic Gold Medalist for Team U.S.A.

Parrilla won four 800-Meter Titles and was a 10-time All-American.  He was named the 1994 SEC Men’s Track & Field Outdoor Athlete of the Year.

The Class of 2019 will be officially inducted on October 25 and they will be recognized the following day during their football game against South Carolina.

We here at Notinhalloffame.com would like to congratulate the future University of Tennessee Hall of Famers.