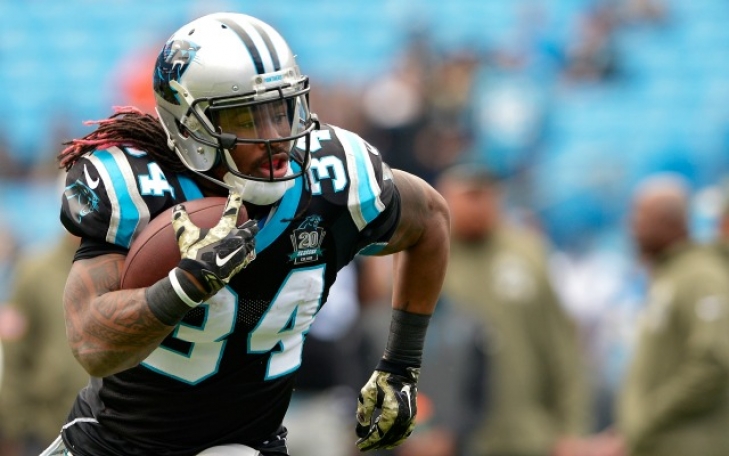 DeAngelo Williams played 11 years in the National Football League, the first nine of which were with the Carolina Panthers.  A Pro Bowl Selection in 2009 when he rushed for 1,117 Yards, Williams would actually have a better 2008 where had a career high 1,515 Rushing Yards (third overall in the NFL) and was the league leader in Touchdowns with 20.  That season he was a Second Team All Pro, though he was not chosen for the Pro Bowl.