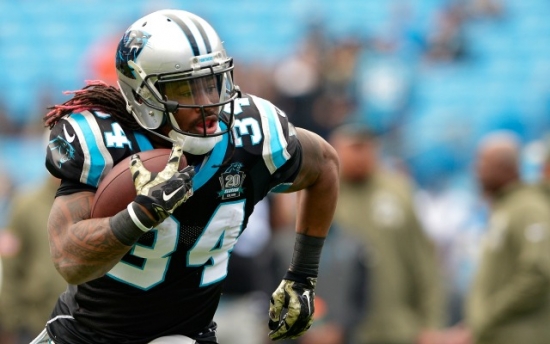 DeAngelo Williams played 11 years in the National Football League, the first nine of which were with the Carolina Panthers.  A Pro Bowl Selection in 2009 when he rushed for 1,117 Yards, Williams would actually have a better 2008 where had a career high 1,515 Rushing Yards (third overall in the NFL) and was the league leader in Touchdowns with 20.  That season he was a Second Team All Pro, though he was not chosen for the Pro Bowl.

Williams would regress in future seasons but rebounded in 2015 where he again led the NFL in Rushing Touchdowns (11) though this time he was playing for the Pittsburgh Steelers.  Williams would accumulate 10,202 Yards from Scrimmage over his career.

Should DeAngelo Williams be in the Hall of Fame?