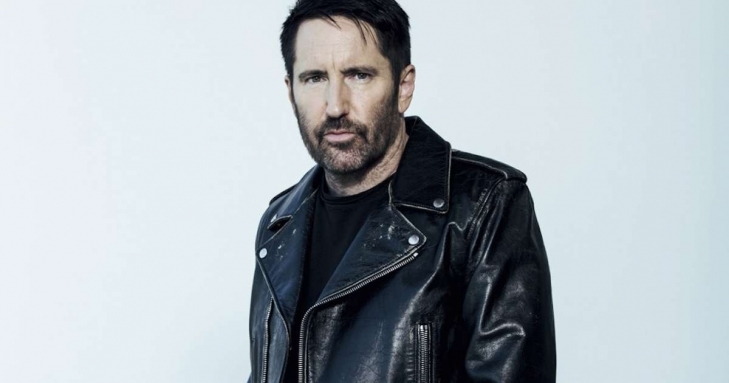 It wouldn’t be the Rock and Roll Hall of Fame without a high profile artist stating that they don’t want any part of it. Trent Reznor just added his name to that list.

In an interview with Stereogum, Reznor had the following to say about a possible Rock and Roll Hall of Fame induction:

"I saw somebody write something online or comment on Twitter like, 'What could be less rock 'n' roll than the fuckin’ Hall of Fame,' And that is authentically how I feel about it. I’ll say this: It’s nice to be appreciated. It’s nicer when it feels like that’s coming from a place that you care about. Like, a Grammy doesn’t mean a fuckin’ thing. It means a few assholes in a room that are trying to make a TV show have good ratings deciding, 'Let’s give it to this guy.' It doesn’t feel like it has any meaning behind it.

I honestly couldn’t give less of a shit. I’m not gonna sleep any better. Included or not. With that being said, it’s always nice to feel you’ve been appreciated to some degree, but it’s not on my list of things I have to achieve before I die.

The Oscar was completely unexpected, when you see what goes on behind the scenes there and the different guilds and how many people are involved and how seriously they take it, I’m still pretty blown away by that. I’m not saying there isn’t politics and bullshit involved too, but it feels like it’s coming from a much more significant place and from the community that’s honoring you than a couple dudes trying to get ratings for a TV show like the Grammys. Rock and Roll Hall of Fame, who knows what that is. I don’t give a shit. It’s irritating every year that suddenly my inbox lights up with, 'Oh man, sorry about … ' I don’t give a fuck! You know what I mean? I don’t … The worst would be if we did [get inducted] and then what? We’d have to fuckin’ show up and jam? I can’t even imagine what that would be."

This is not exactly a shocking statement from Reznor and we expect we will hear more from RRHOF worthy artists before the Class of 2019 is announced. 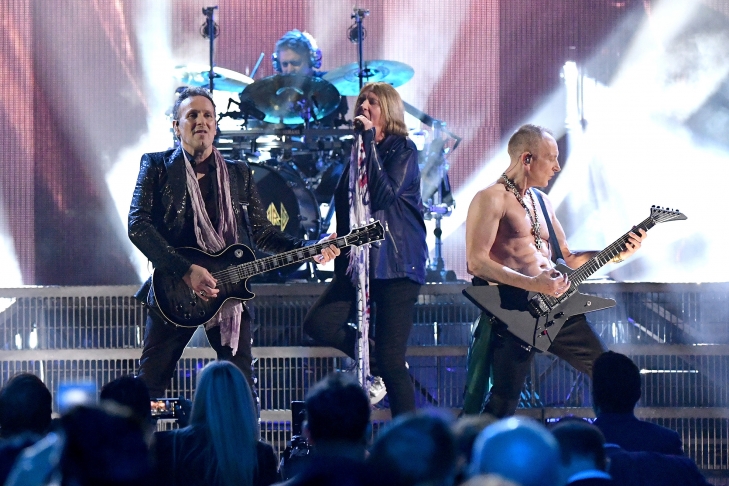 The show kicked off with Stevie Nicks performing “Stand Back”, which got the crowd on their feet only for their jaws to drop at that level when Don Henley came out on stage where the duo sang “Leather and Lace”.  One duet followed another as her inductor, Harry Styles joined her to take the late Tom Petty’s role in “Stop Dragging My Heart Around”.  Nicks closed off her set with, what else?  “Edge of Seventeen”.  After her set, Styles would then officially induct Nicks who is now officially the only female to be inducted into the Rock and Roll Hall of Fame twice.

While the electricity was in the air for the first inductee it was impossible for that emotion to carry over for the night’s second inductee, Radiohead.  David Byrne inducted them and only Ed O’Brien and Phil Selway were on hand to accept.  There was no performance by the two.

Next up were Simon LeBon and John Taylor of Duran Duran who were on hand to induct Roxy Music. Taylor extolled the coolness of Roxy Music and described them as a genre on to itself.  Bryan Ferry would do all the talking for the group as they accepted the induction.  They would then go into a six song set of “In Every Dream Home a Heartache”, “Out of the Blue”, “Love is the Drug”, “More Than This”, “Avalon” and “Editions of You”.

Stevie Van Zandt came out to honor this year’s Rock and Roll singles, which were chosen based on their influence on Rock and Roll.  This was created last year and it is just as confusing this year as seemingly nobody knew ahead of time what the songs would be nor was there anyone on hand who performed the songs to accept this honor.

The songs were “Maybe” by The Chantels, “Tequila” by The Champs, “Money (That’s What I Want)” by Barrett Strong, “Twist & Shout” by the Isley Brothers, “Leader of the Pack” by the Shangri-Las and “Gloria” by Shadows of the Night”.

Maybe they will explain this in better detail next year.

Trent Reznor came up next to induct The Cure.  Only lead singer Robert Smith spoke on the band’s behalf.  They then went on to perform five songs, “Shake Dog Shake”, “A Forest”, “Lovesong”, “Just Like Heaven” and “Boys Don’t Cry”.

Up next was Janelle Monae who inducted Janet Jackson.  Jackson’s speech focused on her family and referenced often her brothers who were inducted some time ago.  Janet did not perform and it was speculated that since HBO has the rights to show the ceremony later and the just aired “Leaving Neverland”, an expose on her brother Michael was the reason she did not sing.

Susanna Hoffs then inducted The Zombies who played the exact four songs you expected (wanted) them to with “Time of the Season”, “This Will Be Our Year”, “Tell Her No” and “She’s Not There”.

Following an In Memoriam section, Brian May of Queen came out to induct the evening’s final inductee, Def Leppard.  Only Joe Elliott spoke during the acceptance speech.  They launched into their set of “Hysteria”, “Rock of Ages”, “Photograph” and they finished with the perfect rock and roll fun choice of “Pour Some Sugar On Me”.

The inductors and inductees finished the night on stage with a jam session punctuated by singing “All The Young Dudes”.

We here at Notinhalloffame.com would like to again congratulate the 2019 Rock and Roll Hall of Fame Class!

Trent Reznor (Basically, the only official member of Nine Inch Nails) never laid claim to creating the Industrial genre. We will say however, that this is the man that popularized it and gave it just enough if a pop sensibility to make it popular in the early to mid 90’s. As this was the decade where everything “Alternative” was given a chance, the brooding star took advantage of the opportunity and generated some of the best live performances of the past two decades.