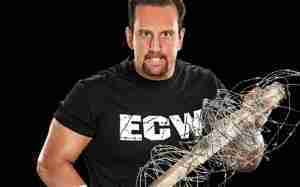 Tommy Dreamer may not have been the best wrestler in ECW, but he was its soul.  There from the beginning to the end, Dreamer won the hearts of the harsh ECW fan base with his resilience and was rewarded with the “He’s Hardcore” chant that may not seem like much of a compliment, but was symbolic in ways that words cannot describe without writing bible length prose.   In Extreme Championship Wrestling the pretty boy with the green suspenders became the Innovator of Violence, and a man who next to Paul Heyman may have been the most important man in the company.