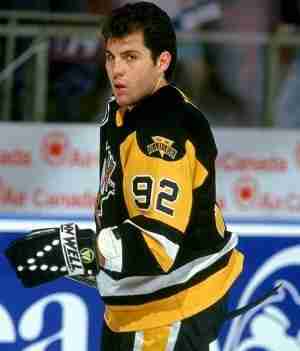 When Rick Tocchet entered the National Hockey League, he seemingly did so with the strength of his pugilistic skills. Tocchet still fought, but by his fourth season he emerged as an effective scorer as well. Tocchet was as hard nosed as they came and was the quintessential power forward of the game. The popular winger won a Stanley Cup with Pittsburgh and though he played for six different teams throughout his career he was always among the more popular. Tocchet did score a lot of points, but it may not have been enough to gain entry. Let’s hope that Rick Tocchet isn’t betting on his chances.