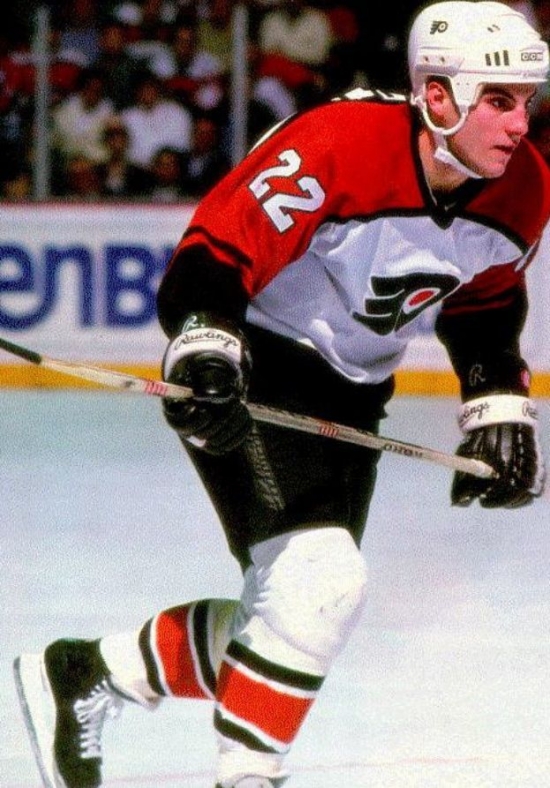 Rick Tocchet began and ended his playing career with the Philadelphia Flyers which sandwiched seasons in Pittsburgh (where he would win a Stanley Cup), Los Angeles, Boston, Washington and Phoenix but he would score 508 of his 952 Points in the National Hockey League with the Flyers.  Tocchet was a bruising power forward who while he would have great individual seasons elsewhere was a player who was synonymous with the ethos of Philadelphia.  Notably, the only season that he would finish in the top ten in Hart Trophy voting was as a Flyer (1990-91).