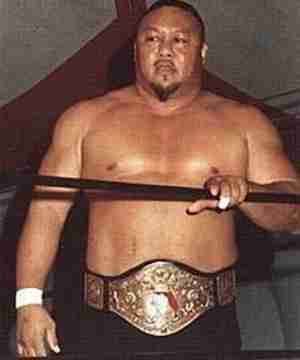 Non wrestling fans will remember Toru Tanaka for his acting roles alongside Chuck Norris and Arnold Schwarzenegger in the 80’s, but wrestling fans remember him as a vicious Japanese born heel that terrorized his American opponents.  Tanaka was actually a Hawaiian who played College Football and served in the U.S. military, but the tank like performer had a look for his era that screamed “foreign heel”.  Tanaka won titles everywhere including the WWE where in the early 70’s he thrice won the Tag Titles with Mr. Fuji.  That fact alone could allow WWE management to remember Tanaka’s legacy which is one that showcases a lot of respect from his peers.