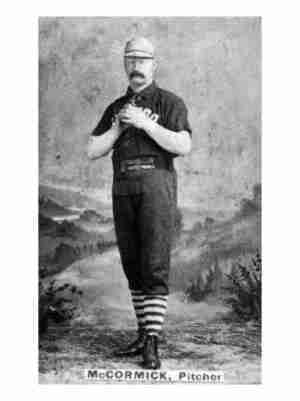 A dominating pitcher for a few seasons in the early 1880’s, Jim McCormick was a bruising Scotsman whose underhanded prowess netted him 265 wins in what was a relatively brief career.  Of course, he played in a time, when teams essentially rode the same two pitchers.  It wasn’t like McCormick could blame his manager in those early seasons; he was the Player/Manager.