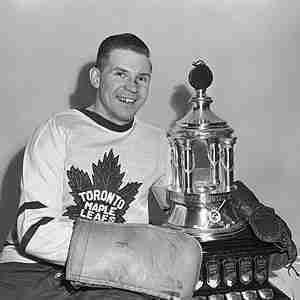 There are a lot of interesting facts about Harry Lumley’s NHL career. He played for five of the Original Six teams (albeit only for one game for the Rangers), and debuted at the age of seventeen. He had an up and down career and won only one more game than he lost. He had the most wins in a season twice, but three times was also led the NHL in losses. He played for great teams and terrible teams, and do you get the feeling that we are telling “A Tale of Two Cities”?