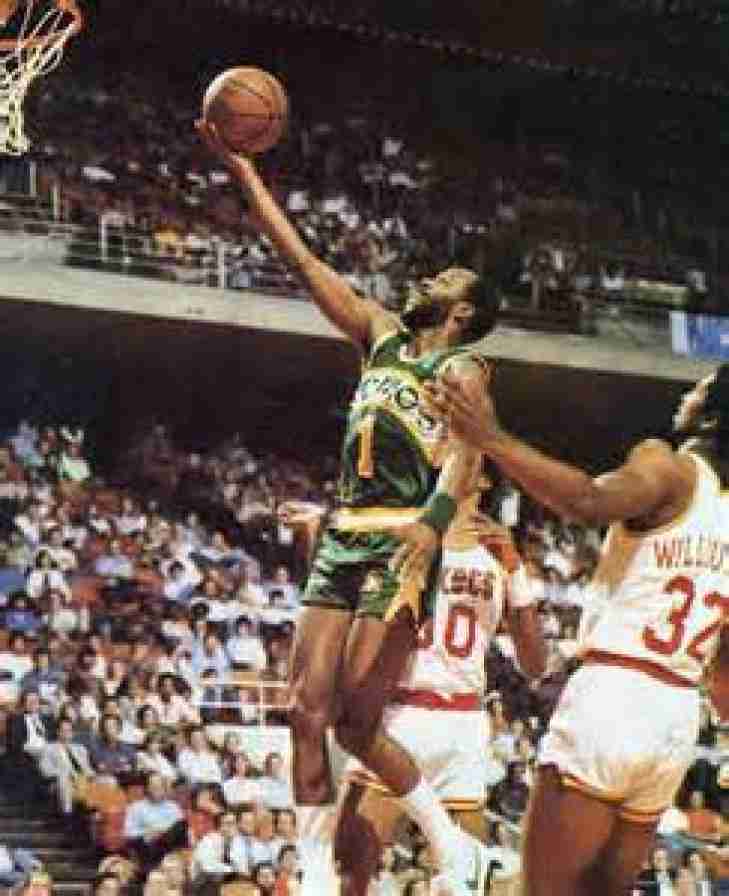 Signing with Seattle as a Free Agent, Gus Williams became a top scorer in the NBA.  Williams would watch his numbers climb in the first three years and would have likely saw an increase in the fourth season had he not sat out the entire campaign due to a contract dispute.