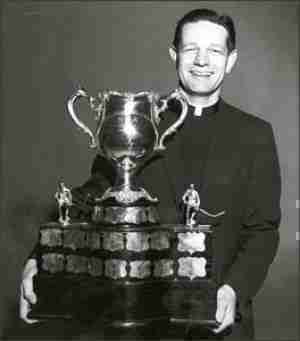 Father David Bauer (not a misprint as he was an ordained Catholic priest) was the younger brother of Hockey Hall of Fame inductee, Bobby Bauer. The younger sibling was a decent junior player in his own right, but not at a professional level. He played for a spell at St. Michael’s and after serving in the Canadian military and becoming a priest, he returned to St. Michael’s and became the coach of its junior team and took them to the Memorial Cup.