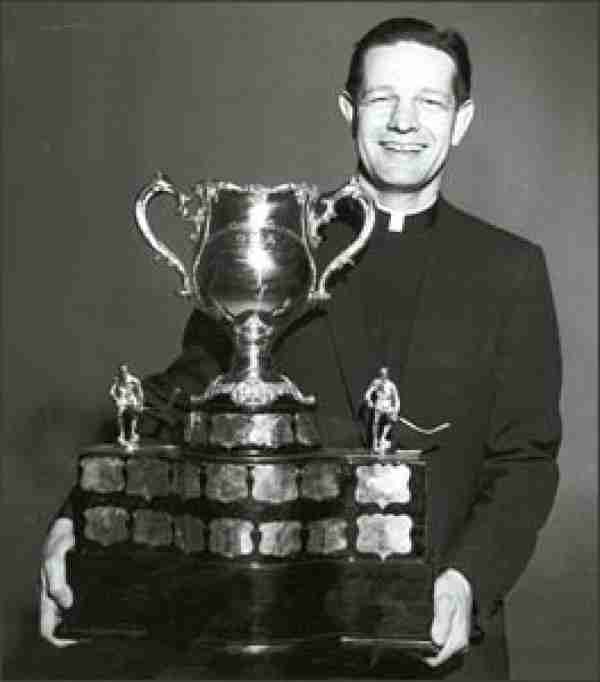 Father David Bauer (not a misprint as he was an ordained Catholic priest) was the younger brother of Hockey Hall of Fame inductee, Bobby Bauer. The younger sibling was a decent junior player in his own right, but not at a professional level. He played for a spell at St. Michael’s and after serving in the Canadian military and becoming a priest, he returned to St. Michael’s and became the coach of its junior team and took them to the Memorial Cup.
Bauer saw the need for a National amateur Hockey team and this took shape by 1962. Granted, the Canadians still struggled in certain competitions against the powerful Eastern Bloc countries that played the best their respective nations had, but any level they achieved was largely due to Bauer. For all the work that he did for the Canadian program, Father David Bauer entered the Hockey Hall of Fame in 1989.