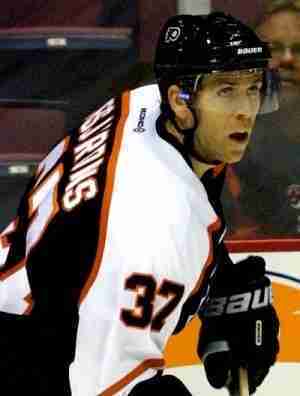 A solid two-way defenseman, Eric Desjardins was one of the better players behind the blue line during the 1990s. Desjardins could help stop the puck as well as help put it in the net. He won a Stanley Cup with the Habs in 1993 and upon being traded to Philadelphia he was even more productive. He was easily their best defenseman and was good enough to represent Canada on three World Class National teams. Desjardins was a star, and with 575 career points he could receive a look, but chances are that will be all he will receive.