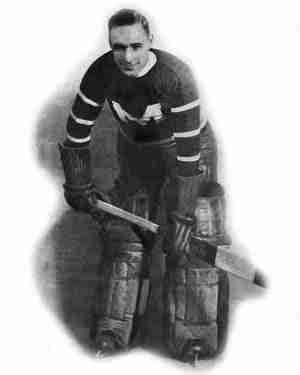 The real answer to the trivia question of who was the first Goalie to wear a mask (he wore a leather mask for five games in the 1929-30 season), Clint Benedict was the man whose style caused the NHL to allow goaltenders to not have to remain standing. Benedict would often “accidentally” fall to his knees to stop a puck, so much so, that he was dubbed by rival fans in Toronto as “Praying Benny” due to the amount of time he was on his knees.