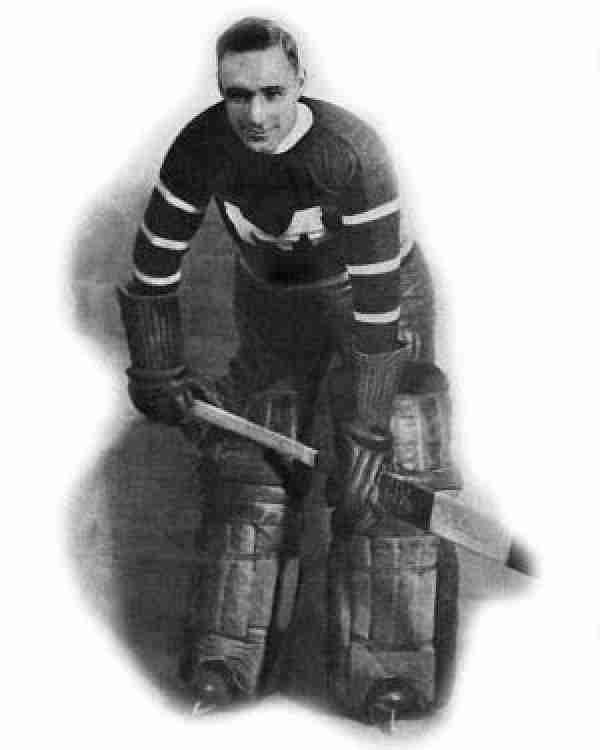 The real answer to the trivia question of who was the first Goalie to wear a mask (he wore a leather mask for five games in the 1929-30 season), Clint Benedict was the man whose style caused the NHL to allow goaltenders to not have to remain standing. Benedict would often “accidentally” fall to his knees to stop a puck, so much so, that he was dubbed by rival fans in Toronto as “Praying Benny” due to the amount of time he was on his knees.


Clint Benedict would go on to win four Stanley Cups (three with Ottawa, and one with the Montreal Maroons) and would lead the NHL in wins and GAA six times. Benedict’s star did fall in Ottawa, when his drinking problem caused him to lose faith from management and he was traded to the expansion Maroons. His winning record suffered, but he still was one of the better goaltenders in the league. It is probable that had his teams survived (the Original Ottawa Senators and the Maroons) that he would be remembered in the same light as contemporaries like Georges Vezina and George Hainsworth.

Should Clint Benedict be in the Hall of Fame?