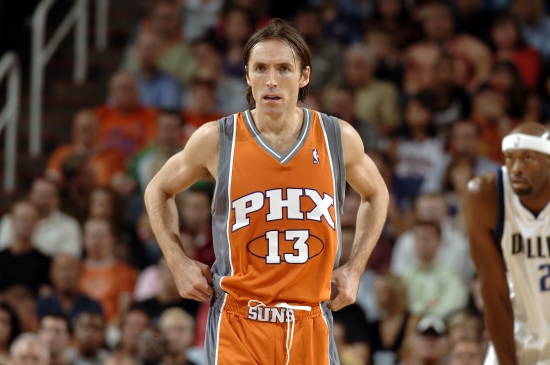 Hall of Fame related news continues for us, as Canada’s Sports Hall of Fame has announced that six athletes and five builders will be entering their Hall.

The six new athletes are:

Lorie Kane: From Charlottetown, Prince Edward Island, Kane won four tournaments on the LPGA Tour with seven other significant wins.  She was inducted into the Canadian Golf Hall of Fame in 2016.

Steve Nash:  Nash played 18 seasons in the National Basketball Association playing for Phoenix, Dallas and the Los Angeles Lakers.  The Point Guard blossomed in the second half of his career, where he was a two-time MVP, three-time First Team All-NBA, eight-time All-Star and five-time Assists Leader.  Nash won the Lou Marsh Trophy in 2005, and the Lionel Conacher Award three times (2002, 2005 & 2006), and he was inducted into the Naismith Basketball Hall of Fame in 2018.

The five new builders are:

Duncan Campbell:  A teenage athlete from Winnipeg, Manitoba, Campbell broke his neck while diving at age 17, breaking his neck and paralyzing from the waist down.  Campbell co-invented “murderball”, which morphed into wheelchair rugby.  Nicknamed the “Quadfather”, Campbell was inducted into the BC Sports Hall of Fame in 2015.

Sheldon Kennedy: Kennedy had a ten-year career in the National Hockey League.  Late in his career, he came forward with how he was sexually abused by his junior hockey coach. Following that admission, he raised awareness for sexual abuse victims, which included rollerblading across Canada. He was named to the Order of Hockey of Canada this year, and remains a leading advocate in fighting sexual abuse.

Judy Kent:  Kent was a past President of Commonwealth Games Canada.

Willie O’Ree:  O’Ree was the first black hockey player to reach the National Hockey League, participating in 41 Games with the Boston Bruins.  The trailblazer from Fredericton, New Brunswick was chosen for the Hockey Hall of Fame in 2018.

Ross Powless:  Powless was a Mohawk lacrosse player of Six Nations, and he helped build the sport across the country.

Canada’s Sports Hall of Fame has been in existence since 1955, and is currently housed in Calgary, Alberta.  With this impending induction, the Hall will now house 681 Athletes and Builders.  Due to COVID-19, the induction gala that would normally happen this fall, has been postponed until 2021.

We here at Notinhalloffame.com would like to congratulate the newest members of Canada’s Sports Hall of Fame.