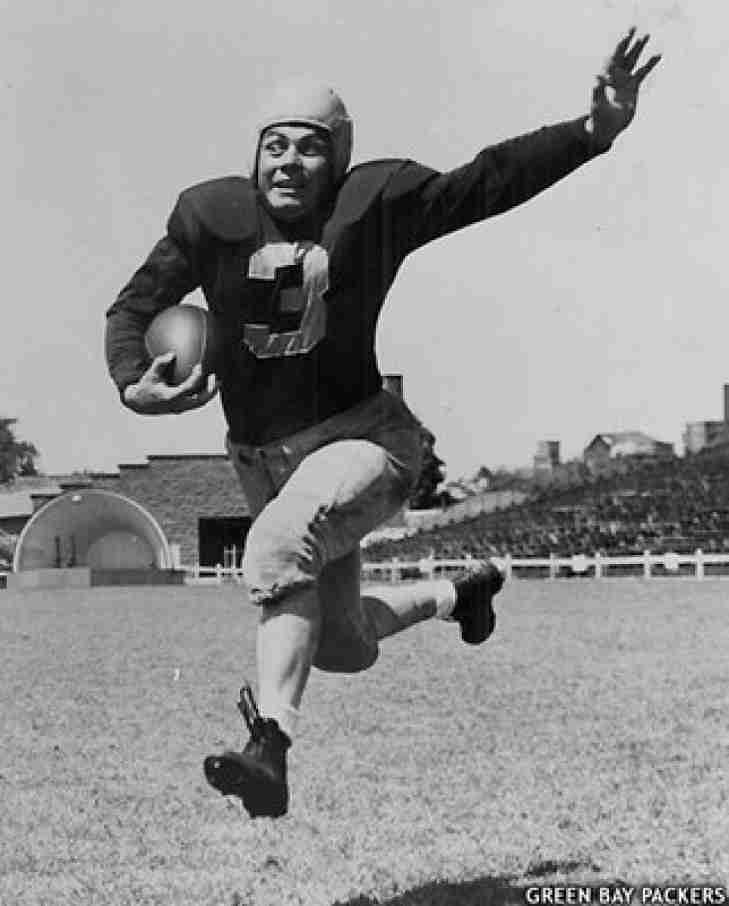 One of the most versatile players in Green Bay Packers history, Tony Canadeo did it all for the team.  A NFL Champion in 1944, Canadeo would become the third player in the NFL to rush for over 1,000 Yards, and the first Packer to do so.  He would play good defense, was their kick returner and occasionally was used at Quarterback.  He is one of six players to have his number retired by the team, and he entered the Pro Football Hall of Fame in 1974.
Subscribe to this RSS feed