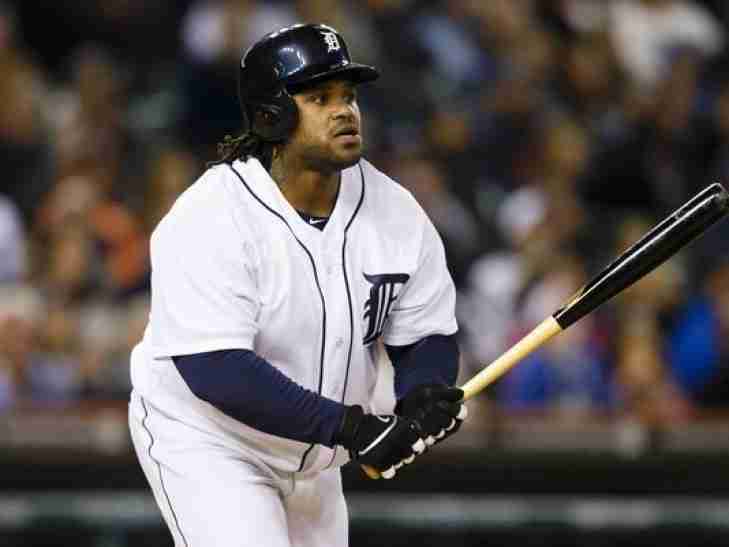 Although Prince Fielder did not officially retire, he did announce this week that his career playing professional baseball is over.

Following his second spinal fusion surgery, in an emotional press conference the now former slugger stated that “the doctors told me since I had two spinal fusions” that he couldn’t “play Major League Baseball anymore.”

The son of former Home Run champion, Cecil Fielder, Prince Fielder was drafted 7th overall by the Milwaukee Brewers in 2002.  Making the big leagues in 2005, Fielder would have his expected breakout season in 2007, where he would blast 50 Home Runs, winning the Home Run Title.  Named an All Star for the first of six times, Fielder would finish third in MVP voting, also winning the Silver Slugger, which would be one of three that he would win.

As a Free Agent, Fielder would sign with the Detroit Tigers in what was then the richest contract in franchise history.  In two years with Detroit he went to two All Star Games and had 55 Home Runs but he was traded to the Texas Rangers after the 2013 Season, as speculation was that he was going to decline.

That was exactly what occurred as back injuries piled up and at the age of 32, we have seen the last of Prince Fielder in MLB.

Prince Fielder will ironically retire with 319 Home Runs, the exact number that his father Cecil had.

While the two have patched up their differences in recent years, the documented acrimony between father and son is certainly part of their intertwined history.  The fact that they finished with the same Home Run title seems to meld them even deeper.

While those numbers are solid, Fielder was a somewhat one-dimensional player and was very poor defensively.  He retires with a bWAR of 23.8, hardly a Hall of Fame number.  His JAWS of 24.1 isn’t much better.

Sadly it is safe to say that like his father, Prince Fielder will be known for his blasts but not enough of them to make Cooperstown.

Still, this was an exciting career, and we think one worth celebrating.

We here at Notinhalloffame.com would like to wish Prince Fielder the best in his post-playing career.
Subscribe to this RSS feed