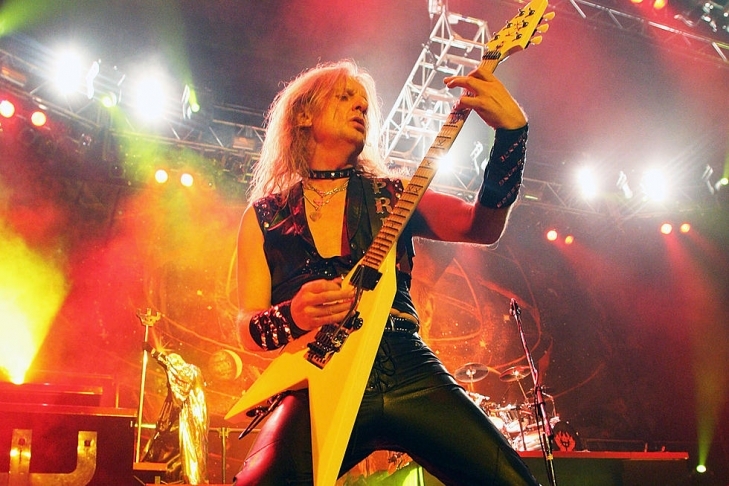 In an interview with 101.8 in Wolverhampton, England,K.K. Dowling of Judas Priest discussed his nomination to the Rock and Roll Hall of Fame.

In the interview, he had this to say:

“I think it’s looking pretty good this time, to be fair.  I know there was a lot of backlash when we didn’t make it last time a year or two ago.”

This is Judas Priest’s second nomination for the Hall, the last one coming in 2018.  Dowling isn’t wrong, as there were many fans of the band who were upset that it took them even that long to get nominated.  They were first eligible in 1999, so the wait to for them to even reach this point seems long overdue.

The length of time for Judas Priest to get inducted is nothing new for Metal bands as Dowling is most certainly aware of as he discussed in the interview that Black Sabbath had to wait 15 years before induction.  It also took Kiss 14 years to get in.  The only exception to the Metal rule is Metallica, who got inducted in 2009, their first year of eligibility.

While many eligible Rock and Roll acts who have waited as long as Judas Priest has seemed to get (dare we say) crusty about their snub, Dowling has taken it in stride:

“There’s no such thing as a young legend.  So, these are the credentials you’ve got to have.”

It should be noted that Judas Priest is not the only Heavy Metal band on this year’s list of Finalists. Motorhead have finally become Finalists after being eligible since 2002.  It is unlikely that both will get in this year.  As Dowling noted in his interview, nobody from the original lineup of Motorhead is alive.

Stay tuned for more news about the Rock and Roll Hall of Fame, as we know for certain, more will come.