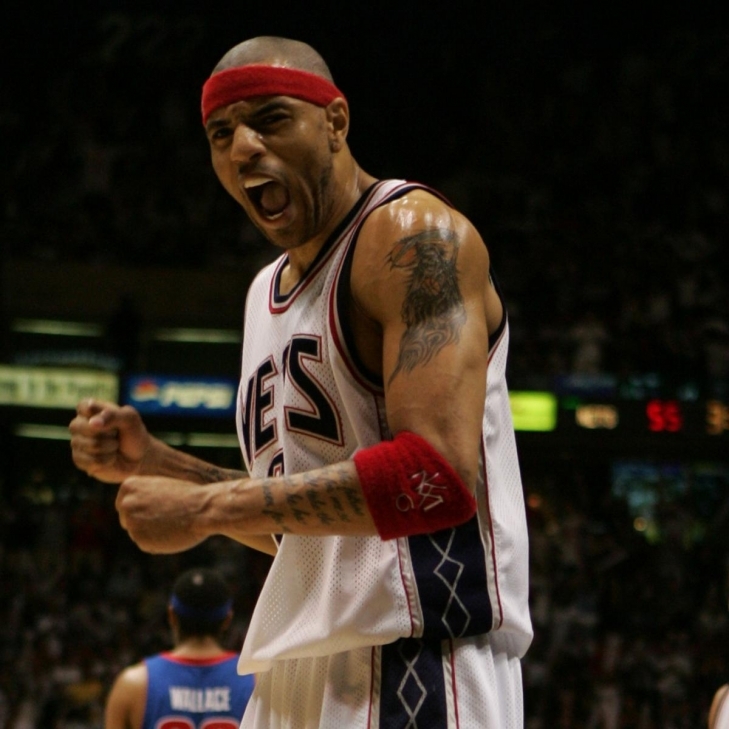 Named the National College Player of the Year as a senior at the University of Cincinnati, Kenyon Martin was the first overall draft pick of the 2000 Draft where for the New Jersey Nets he was the runner-up for the Rookie of the Year Award losing to Mike Miller.  Martin would be joined by Jason Kidd and they helped reverse the fortunes of the Nets who would make back-to-back NBA Finals but his best season was 2003/04, which would also be his last in a New Jersey uniform.  He matched his 16.7 Points per Game average of the year before but averaged 9.5 Rebounds and was chosen for the All-Star Game, the only one he would be chosen for. 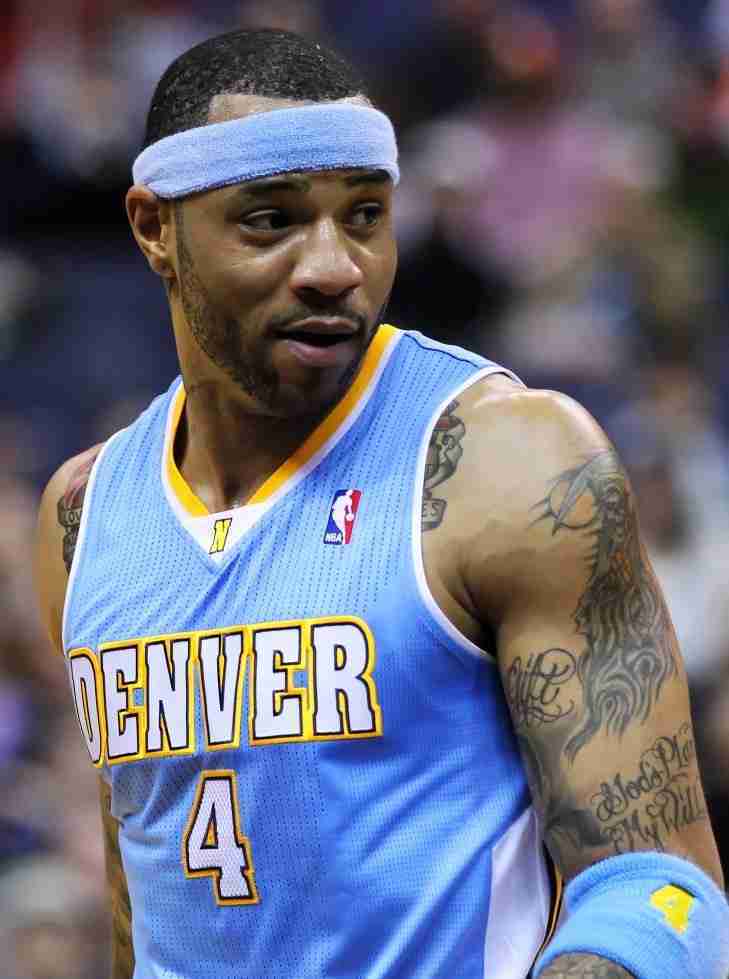 Kenyon Martin (or K-Mart) as he was known as, would emerge as an efficient two way forward in the NBA and put up a few good seasons with the New Jersey Nets and later the Denver Nuggets. Martin would showcase versatility and defensive acumen and was considered one of the better defensive players in the NBA during his tenure. 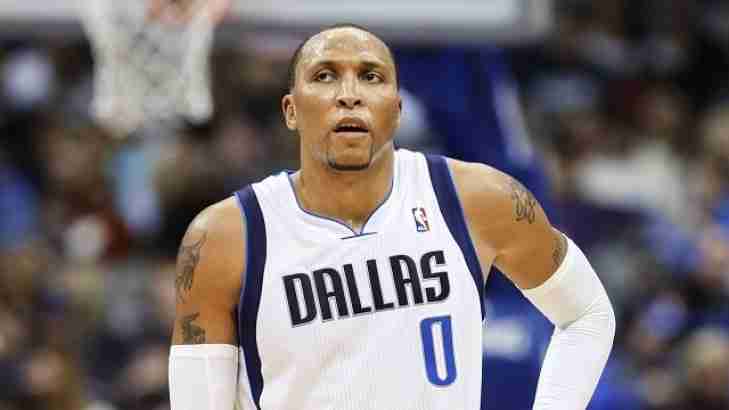 As such, we are pleased to present to you the men who are now part of our updated Basketball Futures Section who will be eligible in 2021.


Andrei Kirilenko, a Russian who once led the NBA in Blocks.

Kenyon Martin, an All Star in 2004 and versatile player with many NBA teams.

Shawn Marion, a four time All Star and champion with the Dallas Mavericks in 2011.


We think you know what we want you to do! 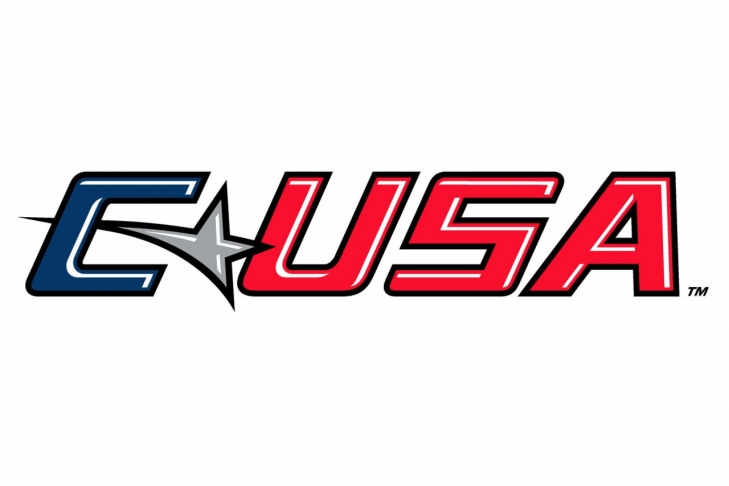 It is the 25thanniversary of the creation of Conference USA and in recognition of this the athletic coalition has created a Hall of Fame.

To qualify for the Hall, a candidate must meet the following criteria:

Courtney Blades, Southern Mississippi, Softball 1999-2000:  Blades was the National Softball Player of the Year in 2000 and made history as the first player to record 600 Strikeouts in a season.  She took Southern Miss to two straight College World series appearances.

Arnau Brugues, Tulsa, Men’s Tennis 2006-09:  From Spain, Brugues was a four-time Conference USA Player of the Year and would win the 2006 Polo Ralph Lauren All-American Tennis Championship. This marked the first time that a C-USA player won the title.

Jon Busch, Charlotte, Men’s Soccer 1994-96:  A First Team All-American and Conference USA Defensive Player of the Year in 1996, Busch would take Charlotte to their first College Cup appearance that same year. He would later play in Major League Soccer for fifteen years and was named the Goalkeeper of the Year in 1998.

Chris Douglas-Roberts, Memphis, Men’s Basketball 2005-08:  An All-American in 2008, Douglas-Roberts was also named the C-USA Player of the Year in 2008.  That year, he led the Tigers to the National Championship Game.

Chandi Jones, Houston, Women’s Basketball 2000-04:  Jones was a three-time Conference USA Player of the Year and was the Division I Scoring Champion in 2003.  She is still the all-time leading scorer in conference history.

Michael Kogan, Tulane, Men’s Tennis 2001-04:  Kogan was a four-time Conference USA Player of the Year and would take the Green Wave to three C-USA titles.  He played the NCAA Championship in singles and doubles four times.

Kenyon Martin, Cincinnati, Men’s Basketball 1997-2000:  Martin was the Consensus National Player of the Year in 2000 and was a part of the Bearcats four straight NCAA Tournaments.  He would be drafted #1 overall and would play 14 years in the National Basketball Association.

Anthony Rendon, Rice, Baseball 2008-11:  Rendon would win the Dick Howser Trophy as the top Division I college player in 2009. Rendon would be named the 2010 C-USA Male Athlete of the Year and is currently in his seventh season in the Majors, playing for the Washington Nationals.

Brooke Tull, TCU, Women’s Golf 2002-04:  Tull was a three-time C-USA Golfer of the Year and would have four tournament wins.

Dwayne Wade, Marquette, Men’s Basketball 2001-03:  Wade was the Conference USA Player of the Year in 2003 and took Marquette to their first Final Four Appearance.  Wade would play 15 seasons in the NBA and take the Miami Heat to three NBA Titles.

DeAngelo Williams, Memphis, Football 2002-05:  Williams was a First Team All-American in 2005 and was a three-time C-USA Offensive Player of the Year.  He is the all-time leader in Conference USA Rushing Yards and fifth in the FBS.  In the NFL, he would lead the NFL twice in Rushing Touchdowns.

Bob Huggins, Cincinnati, Men’s Basketball 1995-2004:  Huggins is a three-time C-USA Coach of the Year and took the Bearcats to the Elite Eight in 1996.