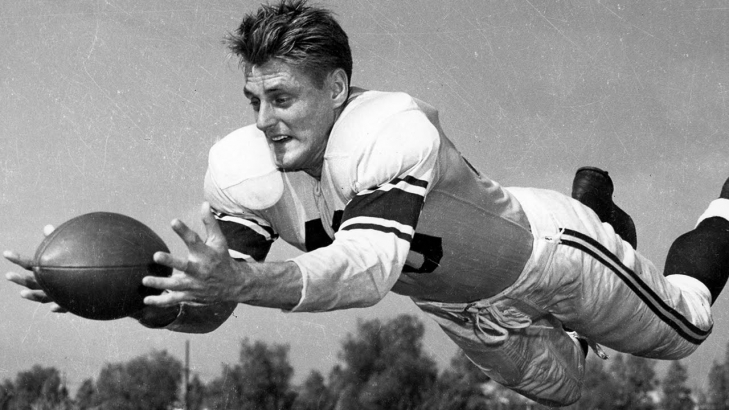 Dubbed "Crazy Legs" for the unique way he ran, Elroy Hirsch is one of the most well-known players of his era.  An exceptional athlete at the University of Michigan, Hirsch served as a Marine (like many did back then) and upon his return from duty he led a College All-Star team to a 16-0 win over the Los Angeles Rams, who were the defending NFL champions and many reporters stated Hirsch was the star of that game.