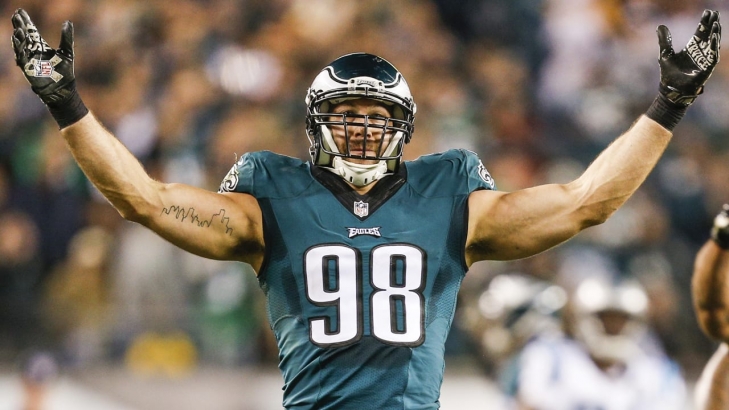 A Second Round Pick from Cincinnati, Conner Barwin played his first four seasons with the Houston Texans, where he was the starter at Right Outside Linebacker for the latter two years.  Barwin had an 11.5 Sack year in 2011 but would have a better year in 2014 when he was in his second year with the Philadelphia Eagles.  That year he had 14.5 Sacks and was a Second Team All-Pro and Pro Bowl Selection.  Barwin would later play for the Los Angeles Rams and New York Giants.