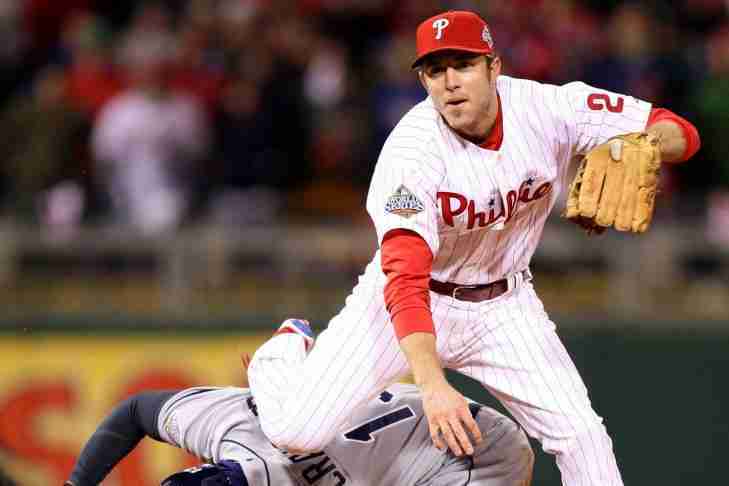 As we are approaching the All Star Game in Major League Baseball, a significant player has announced that 2018 will be his last in the game.

In a news conference at Dodger Stadium six-time All Star Chase Utley proclaimed that he will be retiring from baseball following the end of the season. The Second Baseman has been used predominantly in a utility role in the past two seasons but when it is all said and done it will be his time as a Philadelphia Phillie where he will be remembered.

From 2005 to 2010 Utley would go to five All Star Games had five 150 Hit seasons had six 20 Home Run seasons, four 100 RBI seasons, was a four time Silver Slugger and helped Philadelphia win the World Series in 2008. Not only was Utley regarded as one of the best offensive Second Baseman he had stellar defense (despite never winning a Gold Glove). He had six straight seasons where he finished in the top ten in Defensive bWAR in the NL, including the 2008 campaign where he was the league leader.

As of this writing, Chase Utley has 1,100 Runs, 1,880 Hits, 259 Home Runs, 1,025 Runs Batted In with a Slash Line of .276/.358/.466 and a bWAR of 65.6; fairly good numbers that are not likely to grow much considering there is only a half season left for a player who does not see action every day. He is currently 10th overall in bWAR for Second Basemen and his 57.4 JAWS is slightly above the Hall of Fame average of 57.0. This makes him an intriguing Hall of Fame case as his overall numbers are worthy and he was considered elite at his position at one time. The World Series Ring doesn’t hurt either.

We have a feeling that we will be debating the Hall of Fame merits of Chase Utley for sometime but in the meantime we here at Notinhalloffame.com will try to catch a few more Dodgers games so that we can see Utley a few more times.