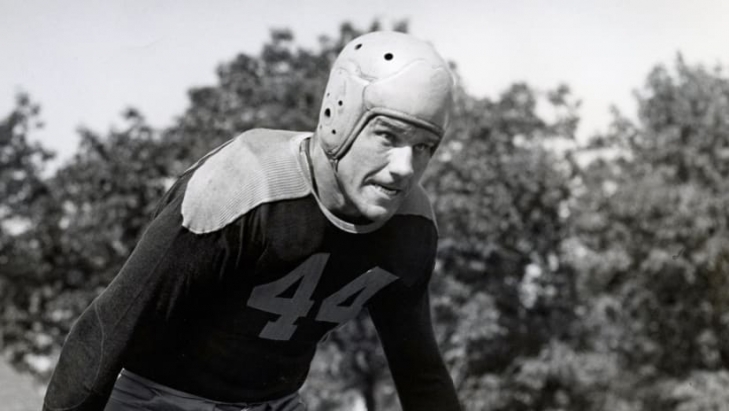 Buford "Baby" Ray played his college ball at Vanderbilt, and while he was not drafted in by any team in the NFL in 1938, he signed with the Green Bay Packers.  He would play his entire career in Wisconsin, which spanned 11 seasons.  Ray played Predominantly at Left Tackle, where he assisted the team in winning the 1938 and 1944 NFL Championship.  He would be named by UPI as an All-Pro four times (one First Team and three Second Team) and would be a Pro Bowl Selection in 1939.