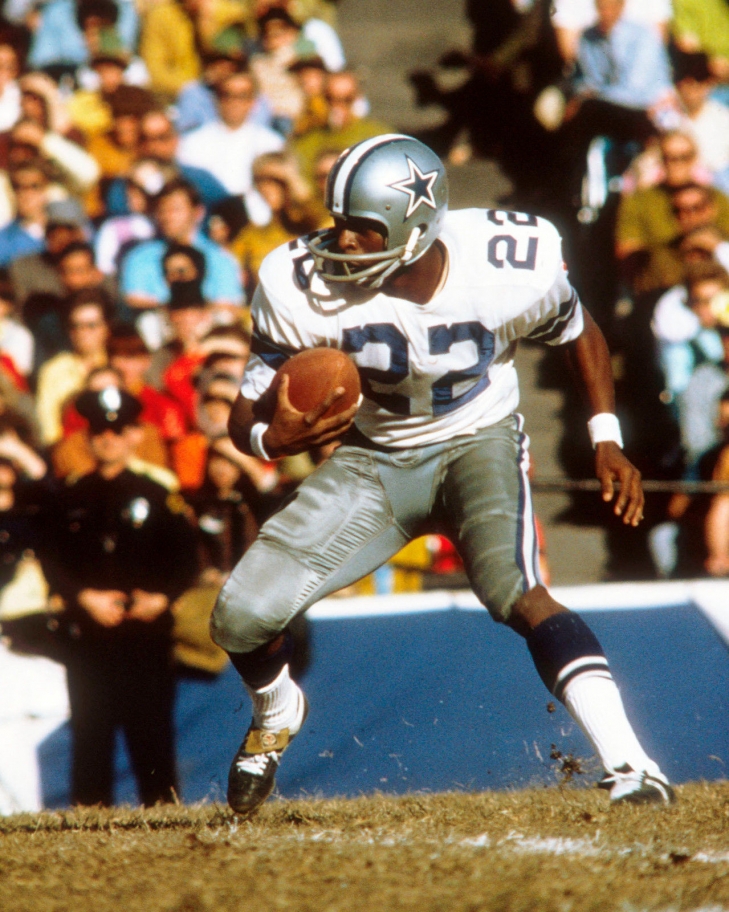 Spending the first decade of his career with the Dallas Cowboys (1965-74), Bob Hayes had a spectacular beginning, where he went to the Pro Bowl in his first three seasons and was a First Team All-Pro in his second and fourth year.  The Split End led the NFL in Touchdown Receptions in his rookie and sophomore year, and in both of those seasons, he went over the 1,000 Yard mark.