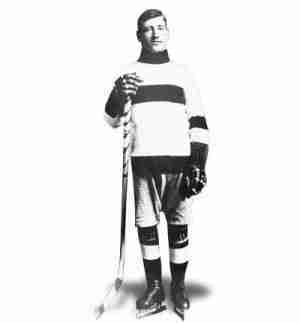 On the Stanley Cup for helping out the Ottawa Silver Seven for a few games in 1905, Tommy Smith turned professional the following year with the Pittsburgh Professionals in the IHL and led the league in scoring. Smith actually never stayed anywhere long, but regardless of what team and what league he played in, was usually put in goals by the truckload. Tommy Smith would win his second Cup (though this time in more of an active fashion) with the Quebec Bulldogs in 1913. Smith’s delay to the Hall of Fame may have been due to his playing in what was considered inferior leagues, but realistically he has a better resume than some players in the same era that got in earlier.
Subscribe to this RSS feed