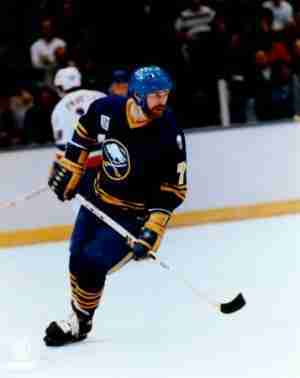 As part of Buffalo’s vaunted “French Connection” line, Rick Martin was part of the most exciting lines in hockey in the 1970s. Martin was a lethal sniper and once he mastered his defensive skills was one of the better two-way players in hockey. With two 50 goal seasons (not exactly easy in the ’70s) and as a perennial All-Star, Martin should have enjoyed some success in the ’80s and have a steady decline into his 30’s the way most star players do. Sadly, a brutal injury in November of 1980 essentially put an end to his career, and he only played a handful of games after. Had Rick Martin made it through at least a few of the free-wheeling 80’s, his career stats would have likely been padded sufficiently to make the Hall. Currently, he remains one of the top stars of the 70’s on the outside looking in.