Committee Chairman: Spheniscus, in my mind, Alan Faneca should have been inducted last year.

Another major retirement took place in the NFL as Pittsburgh Steelers Tight End called it a career yesterday.

Coming out of the University of Virginia, the Steelers drafted Miller with their first pick (30th Overall) in the 2005 Draft.  Miller paid immediate dividends catching 39 passes and was named the Steelers Rookie of the Year.  That year, Miller earned the ultimate prize, as Pittsburgh would go on to win Super Bowl XL.

Miller would continue with Pittsburgh for the duration of his career and three years later would win another Super Bowl ring, though in that game he would have more of an active role with 5 catches in the big dance.  The Tight End would make two Pro Bowls over his career (2009 & 2012) and would named the team MVP in 2012.

With this retirement, Miller concludes his career with 592 Receptions for 6,569 Yards and 45 Touchdowns and is Hall of Fame eligible in 2021, though he probably will struggle to make the Semi-Finals.

We here at Notinhalloffame.com would like to thank Heath Miller for the memories and we wish him the best in his post-playing career.

We here at Notinhalloffame.com are beyond delighted that the Steelers have finally begun to honor their past legends with an institution like this. 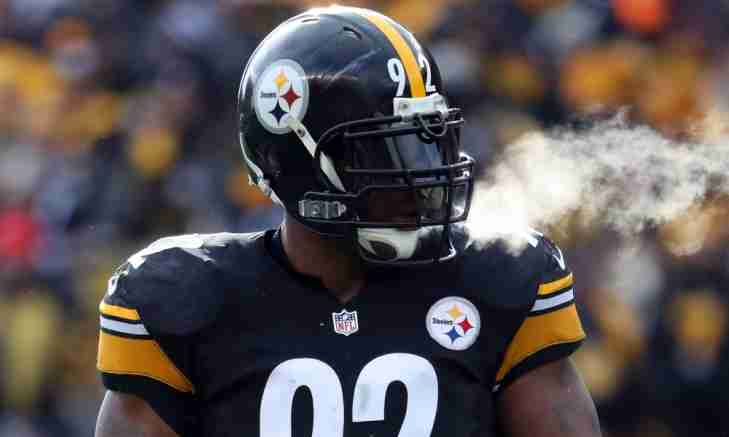 It feels like we have written about this before.

For the second time, Linebacker James Harrison has announced his retirement via an Instagram post from professional football though we think this time it is going to stick.

Undrafted out of Kent State in 2002, James Harrison would sign with the Pittsburgh Steelers. Harrison would struggle in his early professional years, as he was deemed too short to be an effective NFL Linebacker and was deemed by some of his teammates as a bit of a head case. The former Golden Flash would bounce off and on the practice roster and would see brief action on the main roster in Special Teams but he would be cut by the end of the year. He would sign with Baltimore in 2003 was cut again after a brief stint with Rhein in NFL Europe but was cut again. Harrison signed again with the Steelers in 2004 but this time he would stick.

From 2004 to 2006 Harrison (or “Deebo” as he was more commonly known) would play on Special Teams and Outside Linebacker showing much improvement from what they saw in his rookie year. In what had to be considered a surprise by many Harrison took over the starting Right Outside Linebacker position from Joey Porter who had been released due to salary cap issues. Harrison would prove Pittsburgh’s new Head Coach Mike Tomlin right as he emerged as one of the most feared defensive players in the National Football League.

In 2007 James Harrison would be chosen for the Pro Bowl, which would be the first of five consecutive. He was also named the Steelers MVP for the year. The next year would be the best season of Harrison’s career as he would record a career high 16 Sacks while earning First Team All Pro Honors. The Linebacker would also lead the league in Approximate Value and would be named the Defensive Player of the Year. Capping the season Harrrison would be the defensive force in the Steelers Super Bowl Win over Arizona. During the game he returned an Interception 100 Yards for a Touchdown, which is still the longest pick in Super Bowl History. This would be Harrison’s second Super Bowl as he played a minor role in their win three years previous.

In 2010 Harrison would be named a First Team All-Pro for the second time and he would compete (albeit in a losing effort) in his third Super Bowl. He would however like Porter find himself the victim of the salary cap and he would be released by Pittsburgh. “Deebo” would sign with division rival Cincinnati where he would play in 2013. The Bengals would cut him after the season and he would retire as a Steeler…but that retirement was short lived as injuries decimated the Pittsburgh D and Harrison would be called back into duty. Harrison was still an effective player in 2015 and 2016 but in 2017 he saw limited action and would be cut by the team in December only to be picked up by the New England Patriots who would go to (again) to the Super Bowl.

James Harrison retires from the NFL with 193 Games Played with 84.5 career Sacks. He has to be considered an outside candidate for the Pro Football Hall of Fame but the new Pittsburgh Steeler Hall of Honor has his name written all over it despite the fact that his final year in Pittsburgh was not exactly the most teammate and fan friendly.

Harrison will be eligible for the Pro Football Hall of Fame in 2023.

We here at Notinhalloffame.com would like to thank James Harrison for the on-field memories and we wish him the best in his post-playing career.

With nine members of the 1970’s Pittsburgh Steelers already in the Football Hall of Fame, you would think that the team that won four Super Bowls in that decade would be sufficiently represented in Canton.  Some have said that they have the right amount, but the wrong representatives.  Those people point to L.C. Greenwood as the omission.

As a member of the famed Steel Curtain, L.C. Greenwood was part of the most dominating defense in football history that propelled the Steelers to four Super Bowls in a five year period.  Greenwood was a big part of that dynasty as he was a six time Pro Bowl selection who terrified opposing Quarterbacks.  Although the sack was not yet an official statistic, Greenwood totaled five of them in his four Super Bowls.  He was tall, fast and was seemingly everywhere on the field.

A member of the Pittsburgh Steelers Super Bowl XL winning team, Alan Faneca stabilized Pittsburgh’s Offensive Line that gave Ben Roethslisberger a lot of time to throw and Jerome Bettis a lot of room to do his magic. Faneca went to nine Pro Bowls and earned six First Team All Pro selections. The former LSU Tiger would also win the prestigious NFL Alumni Offensive Lineman of the Year Award twice in 2004 and 2008.

An earlier entry depicts how L.C. Greenwood could be the tenth member of the Steeler dynasty to receive a bust in Canton.  If it isn’t Greenwood, a case could be made for Donnie Shell, the spectacular Strong Safety who also has four Super Bowl Rings.

Shell went undrafted in 1974 but signed on the Pittsburgh Steelers as a Free Agent.  He scratched and clawed his way onto the main roster and by 1977 he was the regular Strong Safety and preventing touchdowns on a regular basis.  Like many Steelers, he saved his best performances for the clutch and all of his Super Bowl performances were stellar.

The all time leader in Receiving, Receiving Yards and Receiving Touchdowns in the history of the Pittsburgh Steelers franchise, Hines Ward brings the accumulative statistical resume that you would expect from a Wide Receiver in the Pro Football Hall of Fame.  Ward amassed over 12,000 Yards Receiving, an even 1,000 Receptions and most importantly was a large part of the Pittsburgh Steelers Super Bowl wins in 2006 and 2009, the first of which he was named the MVP of.