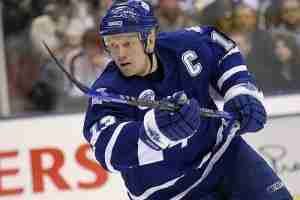 The first ever European born number one NHL Draft Pick did not disappoint in the professional ranks. The Swedish born superstar would become one of the greatest hockey players that his country ever produced, and he would become a hero in Sweden and a star in Toronto, the Mecca of the hockey world. Sadly, Mats Sundin was often the lone bright spot for another wise bad team, and he never really came close to winning the Stanley Cup; though he did win the Olympic Gold Medal late in his career in 2006. The two time Second Team All Star finished with a very good 1,349 career points in roughly the same amount (1,346) of games and despite his quiet demeanor was considered one of the great leaders of all time.
Subscribe to this RSS feed