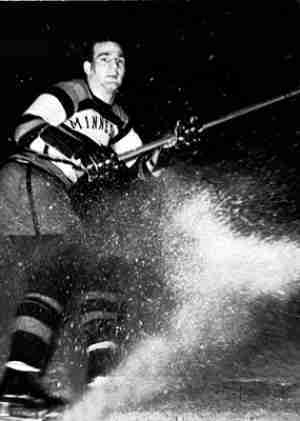 A five year veteran himself in the National Hockey League as a bruising Defenceman for the Chicago Blackhawks, John Mariucci entered the Hockey Hall of Fame as a builder for his work in growing the game in the already hockey rich state of Minnesota. Born in Eveleth, Mariucci returned to Minnesota after his playing career ended and took over as the Head Coach of the Minnesota Golden Gophers. Rather than recruit in Canada, he focused only on Minnesota players and challenged the state high schools to develop programs. Minnesota hockey improved greatly because of his work, and he was justifiably inducted into the United States Hockey Hall of Fame in the inaugural class.