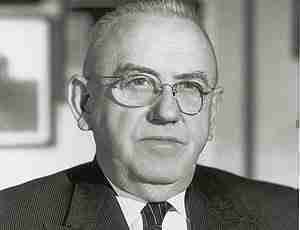 As the Assistant General Manager to Conn Smythe for the Toronto Maple Leafs, Frank J. Selke carved an instant reputation as executive genius in hockey. Considered more than capable of running the Leafs in Smythe’s absence (he went to serve in World War II) Selke ran the organization but a trade for Ted Kennedy (that Selke was not consulted on) served as the catalyst for Smythe to force Selke out of Toronto upon his return from the war.